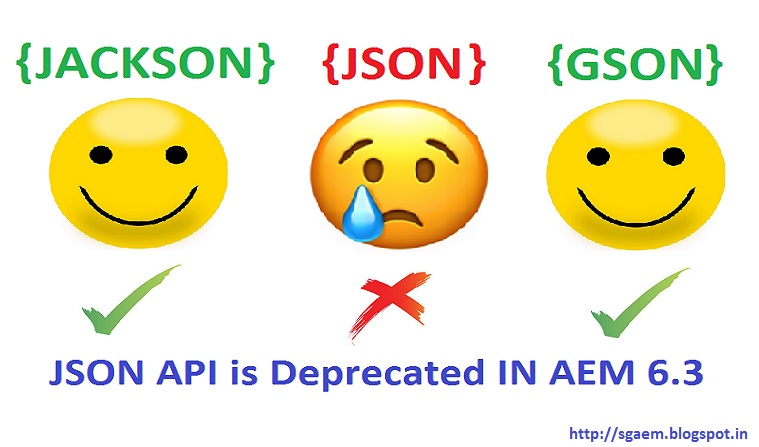 While working with a technology, we used to being habitual of an API and if someday in newer version it becomes deprecated, it just make us irritated.

So yes, I am talking about “org.apache.commons.json.* “. While writing a code in AEM 6.3, I came to know that ohhh… this has been deprecated now.


And if it is not there what are all alternatives for this. So AEM has some better alternatives now. AEM 6.3 now provides the support of Gson  and jackson as well and makes AEM development more easier.
Let’s talk about alternatives:

The demonstration video of Serialization and Deserialization using GSON can be seen from here:


GSON provides some Annotations:
The detailed description of all basic annotations will be in the demo video

References to know more about these annotations:

The demonstration video of Serialization and Deserialization using Jackson can be seen from here:

The detailed description of all basic jackson annotations will be in the demo video.

References to know more about these annotations:

Jackson Vs GSON
To use both Libraries is quite easy but you must be thinking that when to use what?
Are there some specific scenarios where I should choose a particular Library?


So the answer is yes.
So, When to use which API is up to the requirements.
If you have any query or suggestion then kindly comment or mail us at sgaem.blog02@gmail.com

Hope it will help you guys !!Thanks and Happy Learning. 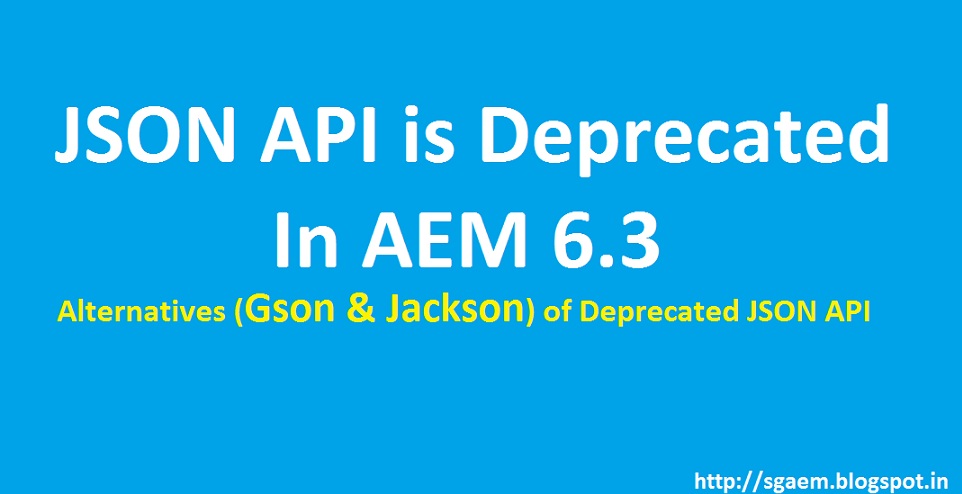